Diversity, Inclusion and Belonging at UFA is not a campaign or an initiative. In fact, it is ingrained in who we are as a co-operative. Being who we are includes the unshakable belief that coming together for the benefit of others is only possible by treating everyone with respect, understanding, dignity, and appreciation. Those are the founding principles for how we started, and they remain central to who we are today. We cannot tell anyone how they should feel. But we do know that creating a culture that inspires everyone to be their authentic selves, without compromise, can inspire that powerful feeling of belonging. Belonging cannot be forced. But if the conditions are right, it cannot be denied.

At our core, celebrating the diversity of people represents our strength. We believe that there is no contradiction in having a sense of belonging and having a strong sense of self. From our valued members and customers to our inspiring team, we are certain that what makes us all unique is what really bonds us.

So, we are honoured to celebrate those who say with pride, “I am me. I belong.”

We are all diverse. We are all unique. Our diversity may come from personal, physical, cultural, or experiential differences. Those differences make us who we are. Having such varied backgrounds and character is exactly what should make each of us appreciated because of the one-of-a-kind perspective we can bring to a culture. Diversity truly makes for greater value.

Inclusion comes from encouraging a culture that welcomes individuals from all walks of life and it unites us. We are a mosaic of differences brought together with recognition, regard, and reverence. Those are the essential ingredients for a culture of harmony. We celebrate inclusivity because we know that harmony cannot exist without it.

Belonging gives us a genuine feeling of contentment and comfort from being part of a group. The feeling that we speak of can only come from an inviting culture where you are more than accepted, you are valued, included, and celebrated. Belonging is one of humanity’s most basic emotional needs. When you feel a true sense that you belong, you don’t feel stripped of your identity but prized for who you are.

While we hold ourselves accountable to ensure a culture of belonging, the words of our team members are the strongest expression of a feeling that we believe is ingrained in who we are. We feel privileged to share the stories of some of the people who make that culture come to life.

As a first-generation Canadian of Vietnamese descent, Kenny embraces the Canadian culture while never forgetting his roots. His pride in his Buddhist background, his appreciation for the sacrifices that his parents made coming to a new country, and his dedication to tradition have shaped his character. His individuality is as strong as his desire to be part of a bigger story. 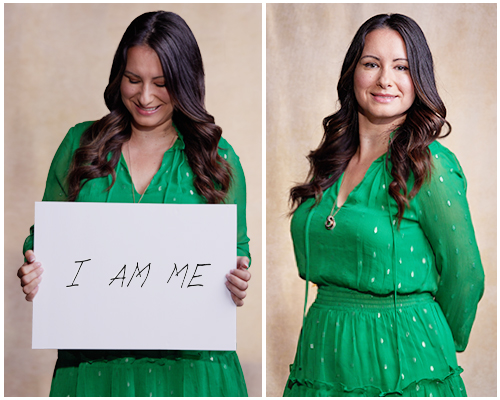 There are some stories that touch us deeply because it shows us how a brilliant human spirit can overcome even the most tragic of circumstances. Maja’s story reminds us that character, resilience, and sheer determination can take us to the highest levels from the depths of despair. Hers is a unique story that will inspire anyone who reads it.

A proud, dedicated family man, Gurvinder has faced the challenges of coming to Canada and has used his experiences and tenacity to thrive. While he initially never anticipated coming to Canada, he has embraced his new country with open arms while maintaining strong links to his Indian culture. His is a true story of triumph, passion and following his heart. 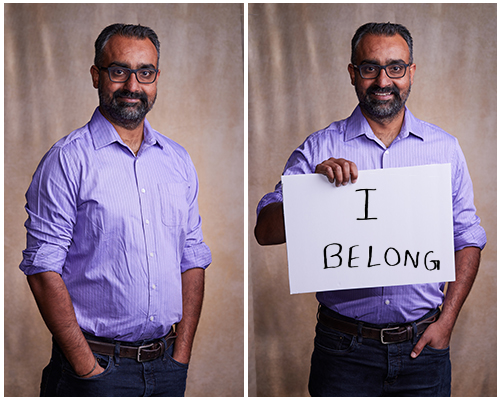 Our members and customers represent diversity in many forms. We serve them better with a diverse and inclusive team and thought process. Our diverse perspectives help us push each other to think bigger and differently, about the products and services we offer, how those offerings look and the environment we create. We want our teams, and the communities we operate in, to embrace that we are all human, we are all different, we are all equal and we can all commit to take action to support underrepresented groups and each other. Together, we can create a culture of belonging.

“At UFA we care about the lives of our employees, members, customers, elected officials and partners. This includes their whole selves and what makes them unique. We strive to create an inclusive environment that welcomes employees from diverse populations and backgrounds, where everyone can do their best work. In our world of agriculture, it takes time for growth, this is our seed to grow inclusion and belonging at UFA.”

Here to help you grow.

Every day, the amazing people who work at UFA inspire us to rise to challenges, keep a positive outlook, help others succeed, and reach beyond what we think is possible. We hope that if you are inspired by their stories and you want to be part of a culture embraced by these amazing people that you too might consider choosing us as an employer of choice. We’d be honoured to show you that you too, could belong at UFA.

If you are interested, please click below to find out more about the career choices we can offer to help you achieve and succeed.