It’s not the tropics, but it’s a close second.

Keith Trowbridge grew up on his family farm just 15 miles south of Fort Macleod. They raised cattle for their feedlot business, as well as farmed grain. He had three sisters and a brother, and all the kids went to school in town, and for Keith, it’s always been home. 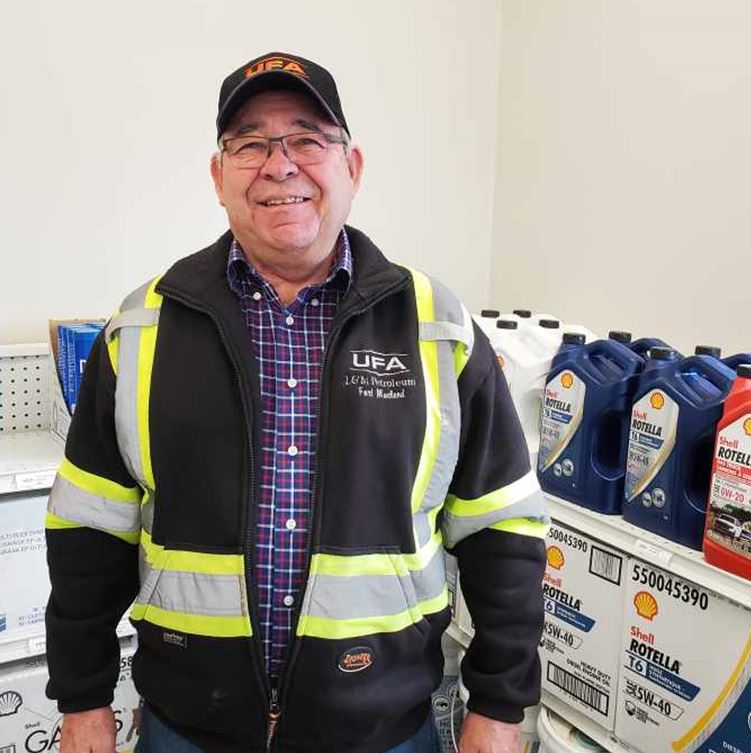 “When I graduated high school, my dad, Ray, said if you’re going to run the ranch, you’re going to need to know what it’s like to work for someone else, so adios amigos!” laughs Keith. “I moved to Lethbridge and worked for Lethbridge Ironworks doing janitorial work at night and after a year, once I was done ‘serving my time’, I immediately moved back home.”

Keith admits that the whole time he was gone, he was homesick and counting the days to go back. Fort Macleod is just one of those special places where the community has a bond that is unexplainable and where folks rally together in good times and bad. And Keith knows first-hand what it’s like to have the community support when tragedy strikes. Not only was his sister killed in a car accident at just twenty-five years-old, but years later, the family suffered another tragedy that would change the course of its future.

“My dad was killed by a cow in 1989. We had purchased a purebred Simmental, she was huge, about 1,800 pounds, and she was beautiful. She was incredibly tame, loved everyone, and would come over for scratches and lick your pants,” says Keith. “I remember telling my dad, when she calves, she’s either going to be great or really bad, and my dad agreed. She calved, but we didn’t know it, and my dad was in the field when she came barrelling through 150 head. She trampled him and he managed to walk back to the house but died that afternoon.” Keith says life changed for everyone after that. He took over operations for a while, but his mother, Elma, couldn’t bear to see the cattle, and the family decided to sell everything and start fresh. Keith and his family received amazing support from the community, and it reinforced what he already knew, and why he chose to call Fort Macleod home.

After leaving farming, Keith trained to be a rescue pilot but an unexpected heart diagnosis cropped his career path short. As it would happen, his younger brother, Marvin, was a UFA Agent in Fort Macleod, working together with Lee Golar, and they encouraged Keith to get involved. “I knew all the farmers and ranchers and I though why not give it a try? It was an opportunity to still be in contact with the farming community, while helping them,” he says. “Back in the day, you could buy Petroleum Agencies and eventually I took over for Marvin and then later on, bought Lee out, and became the sole Agent.” And he’s been helping farmers in the area ever since, for 30 years, in fact.

Today, Keith no longer delivers fuel or drives truck, as his site has moved to a cardlock, and being a crew of just one, he keeps himself busy running it. However, he did find ways to keep wheels on the blacktop, only these wheels carried precious cargo. “For 52 years I was a school bus driver and I just loved it!” he says. “I’m turning 70 in August, and although I enjoyed it, I stopped driving recently. I figured 70 sounds like the age you should probably stop driving a bus.” Keith also served four years on Town Council and is very involved in the community. From supporting the local 4-H clubs to the local rodeo, and most recently his donation of $3,000 dollars, in honour of his Agent Anniversary, to the community pool fundraiser, he believes it’s important to give back.

“I am so proud of our community and wouldn’t want to be anywhere else, unless of course it was on a beach in the tropics, but this is a very close second,” he laughs. “In our community, we have had fires, natural disasters like hail, snowstorms, droughts, and a lot of change over the years, but this community has stayed strong.”

Keith raised his three boys in Fort Macleod, and today is a very proud dad and grandfather. Son, Wade, together with his wife, Alice, live in Mississauga and have a boy named Noah. His son, Wesley, is engaged to Hailey, and is a welder living in Lethbridge with daughter, Tazola.  And his son Shane, lives in Cochrane, with his wife, Abigail, and their two boys, Seth and Harlow.

Talking about business today, and reflecting on the last 30 years with UFA, brings up fond memories.

“Right now, I sell a lot of propane and I’m pretty much the only one in town. Our antifreezes and greases are also very popular, and of course the fuel. But surprisingly, it’s the little things make a huge difference. Where our Agency is located is a busy highway corridor, and truck drivers were so thankful during the early days of the pandemic, to have a place to clean up and rest.”

“I have customers that are extremely loyal, but having said that, you need to be there for them regardless. If they blow a hose at 10 o’clock at night, you’re there to keep them going, and that’s what keeps them coming back.” 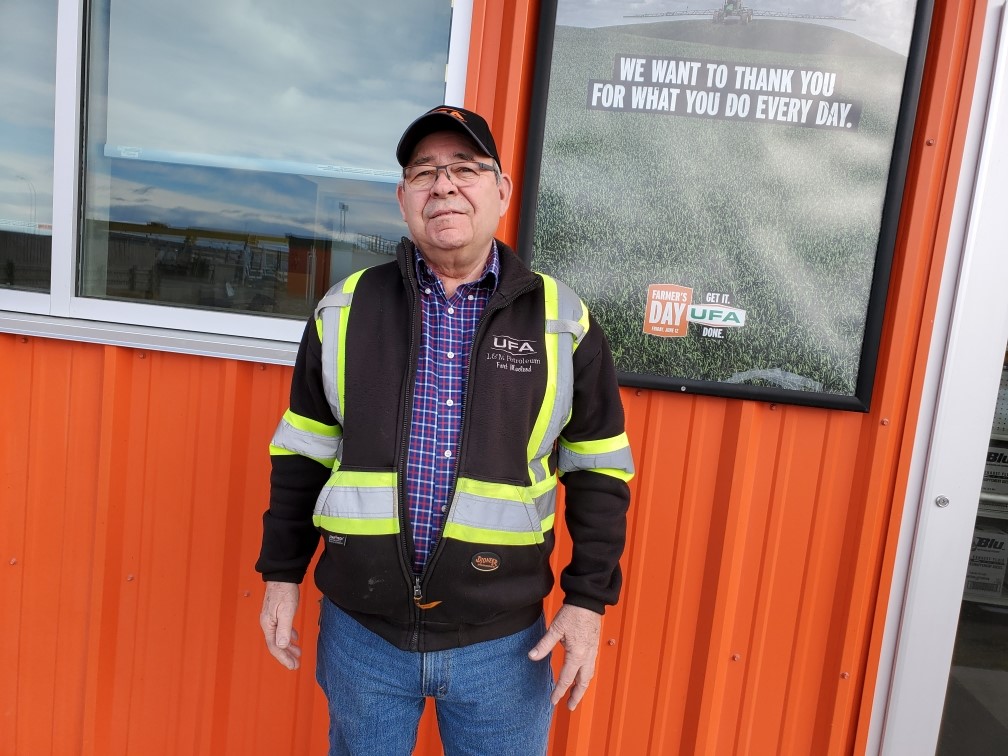 Keith also talks very highly of his colleagues and supervisors who, over the years, have become friends.

“I wouldn’t know what I’d do without people like Heather McLaughlan and Tracy Wright. I couldn’t manoeuvre the computer technology without them,” he laughs. “I’m still back in grade five art class when I hear cut and paste!”

From those he’s known his entire career, to those who are newer to the Co-operative, he has nothing but good things to say.

“I’ve known Steve Marshall (UFA Petroleum Director) for 30 years and we’ve been through a lot. He is a very good man and knows all the ropes, he’s done it all and gets it, from both the farmer and Agent perspectives, and I’ll tell you, when he got into management, there was a collective cheer from us Agents. And area manager, Mike Hutchinson, is probably one of the best guys I’ve ever worked for, he is fair and meticulous and makes you want to do better.”

Keith adds he’s appreciated UFA Co-operative for being transparent, generous, and supportive, over his career, and in his opinion, the current leadership team is one of the best he’s seen.

As for what lies in store for Keith? He’s not too sure. “I’m a young 70 and I’m very proud to wear the UFA brand. I enjoy where I’m at and I don’t have any plans to go anywhere, anytime soon. That is, unless it’s to trade snowflakes for seashells.”

We are certainly glad that you’ve called Fort Macleod, and UFA, home for all these years. Thank you for the many years of superb customer service. 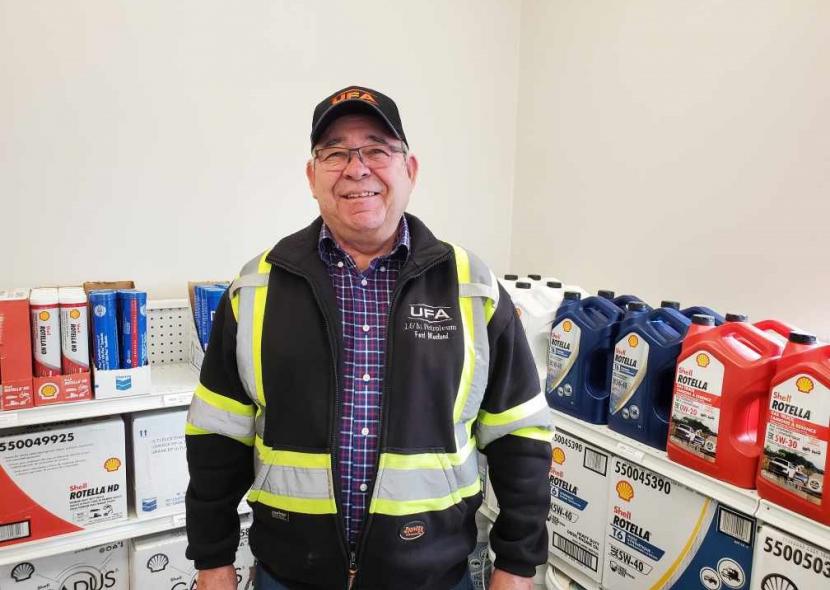 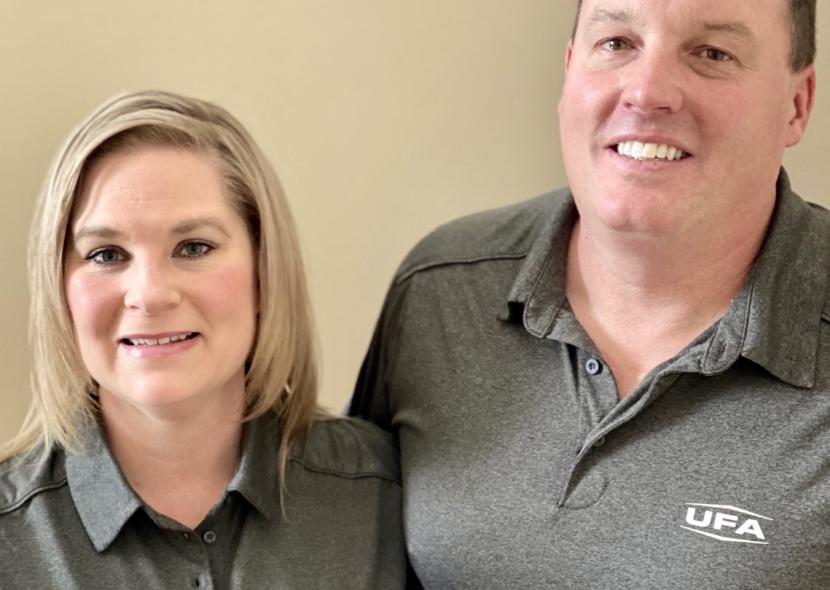 UFA Corporate Communications | April 9, 2021
In it for the long haul. Brad and Michelle Williams cover a lot of ground operating the Lethbridge, Taber and Pincher Creek UFA read more... 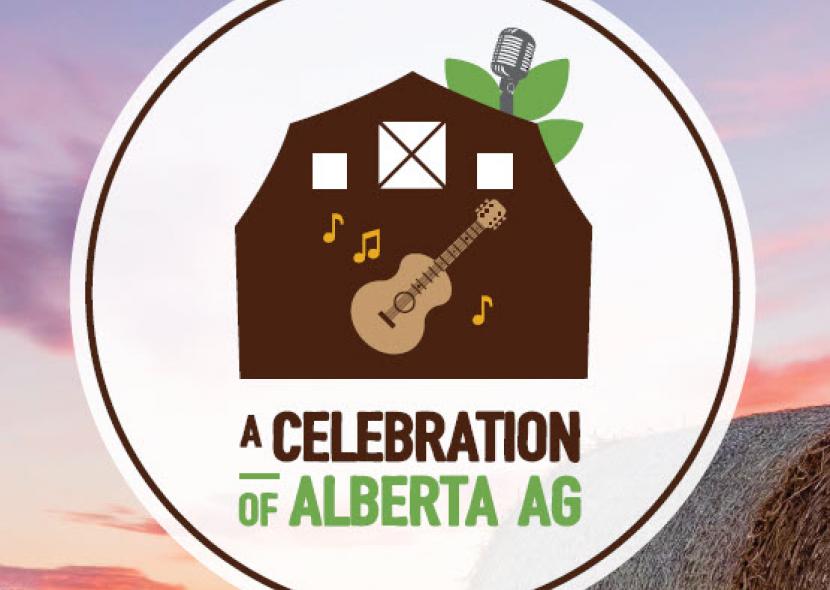 Join Olds College in A Celebration of Ag!

UFA Corporate Communications | April 6, 2021
Join Olds College this Friday, April 9 from 7-9 p.m., as they celebrate Alberta’s agriculture industry and the important role that it read more...