The interview process took a whopping three months but looking back on his 10-year career as the UFA Petroleum Agent in Claresholm, Shelley O’Neil says he was sure glad to be chosen in the end.

Lush grasslands drew many ranchers to the Claresholm area in the late 1800s and in 1891, a railroad station was established, and even more settlers flocked to the Town. The O’Neil Claresholm roots date back over a century.  “My great grandfather moved to Claresholm in 1916,” says Shelley. “He began grain farming and raising cattle, and for many generations, it’s what my family did.” Shelley grew up on the farm and was the youngest of four children. But by the early 2000s his father had begun transitioning out of cattle ranching and eventually sold the operation. And despite getting out of farming, Shelley laughs that as the UFA Petroleum Agent in town, he’s more involved with agriculture than ever before! 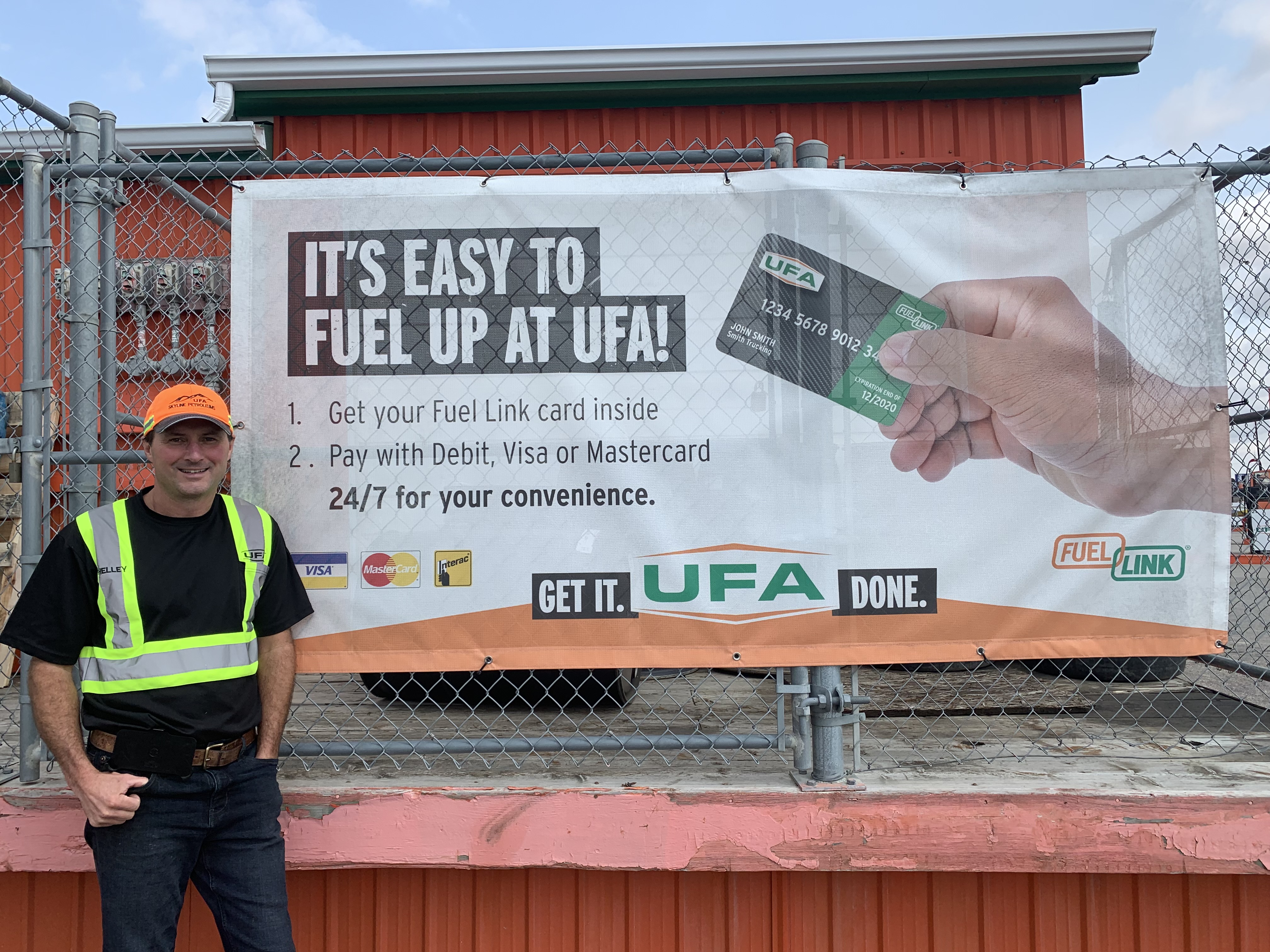 Many UFA Petroleum agencies have multi-generational roots, but not in this case. Shelley applied for an ad that he saw and was called for an interview and he jokes that it lasted three months. So, what makes a young man decide to take a leap of faith and try something brand new? “I was looking for an opportunity to stay in Claresholm, and a job where I could be home every night with my family,” he says. “My wife, Tiffany, works at the hospital in town and we also have a daughter, Lydianna Rose, who I wanted to be home with. The opportunity with UFA fit the bill perfectly.”

“I had owned a few local businesses including the bottle and recycling depot in town, so operating a business was something I knew how to do,” he says. “But when it came to computers and learning the customer base, I was completely out of my element. It was definitely a steep learning curve, and let’s just say the first six months were pretty rough.”

He adds that having to fill some big shoes wasn’t easy either. Steve Marshall and Larry MacDonald were the previous agents and very well-loved in the community. They set the bar extremely high with their customer service, both had a long history in the fuel business and with UFA. In fact, the Marshall family operated several agencies for decades, and Steve himself has been with UFA for 46 years.

Claresholm is like most small-town rural communities, everyone seems to know everyone. Well sort of. Shelley says it was the strangest thing when he first took over the agency, “All of my customers knew me, but I didn’t seem to know many of them,” he laughs. He is quick to reference the support and advice he received, and continues to receive, from people like Steve, now Director of Petroleum at UFA, as well as his Area Manager, Mike Hutchinson.

But some of the best advice he ever received came from former Customer Support Manager, Katherine Chisholm, who was a keynote speaker at his first AGM. She said, “The best calls I receive are the ones where a customer complains and rants and raves. You might say that sounds silly, why are they the best calls? Well they are the best because if they phone, it means they care. When they stop phoning, they don’t care. They really do make my day.” Shelley says that her advice has always stayed with him, “For a business-owner, the worst thing a customer can do is stop caring.”

Thankfully, Shelley jokes that his customers care, and care a lot! “I am blessed to have very strong customer relationships and we have extremely loyal people who have relied on UFA for decades. It truly is an honour to serve them and help them get the job done,” he says.

Speaking of loyalty, when asked why he’s been loyal to UFA all of these years, the answer is two-fold. “I’ve received nothing but amazing support from everyone. My area manager, Mike Hutchinson, for example, has been incredibly supportive over the years. He is more than a manager now, he’s become a friend,” says Shelley. “UFA is a large organization, but it still feels small, like family.”

The other reason Shelley has stayed loyal to UFA is the same reason he has stayed in the Town he grew up in. Community. “There is no better feeling than being part of a strong community and it’s always been important for us to give back and to be community builders. My wife, through her work at the hospital, does a super job of giving back. UFA also helps us to give back through their community investment program and it’s something that we are very proud to be a part of.” In honour of his 10-year Petroleum Agent anniversary, Shelley has donated $1500 to the Stavely Elks’ Club. “The Elks’ Club supports many different charities and they cover a lot of ground in southern Alberta, we felt donating to them was a natural fit.”

The fuel business is not always an easy one so when they’re not near the pumps with their name on the bright orange billboard, you can find the O’Neil family relaxing at their spot at Lake Koocanusa. This year, their time at the lake is extra special with daughter, Lydianna, working at the local marina store. Let’s just say that Shelley and Tiffany have their own personal ice cream delivery girl to make life a little sweeter.

Thank you, Shelley, for your many years of service to the community of Claresholm. And despite it being the longest interview in UFA history, we think it was worth every second. Congratulations on 10 years! 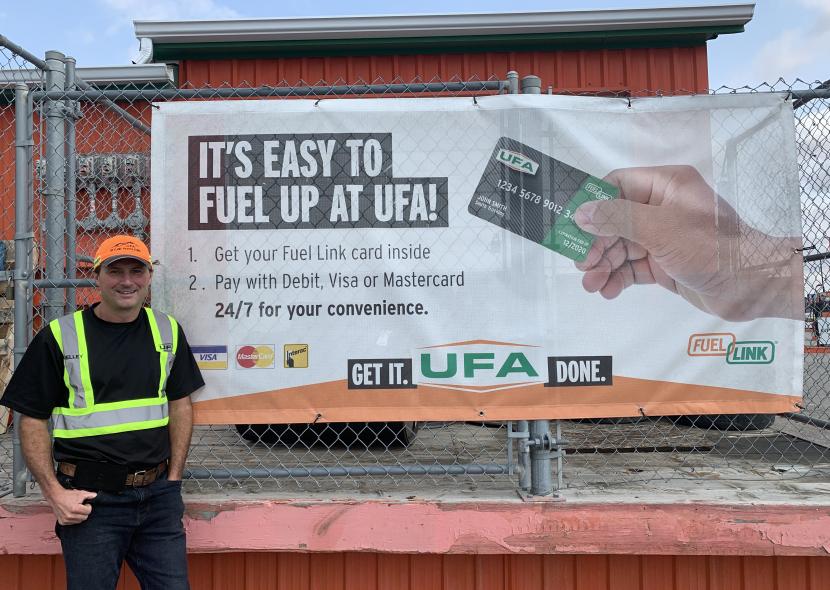 UFA Corporate Communications | August 19, 2021
The interview process took a whopping three months but looking back on his 10-year career as the UFA Petroleum Agent in Claresholm read more... 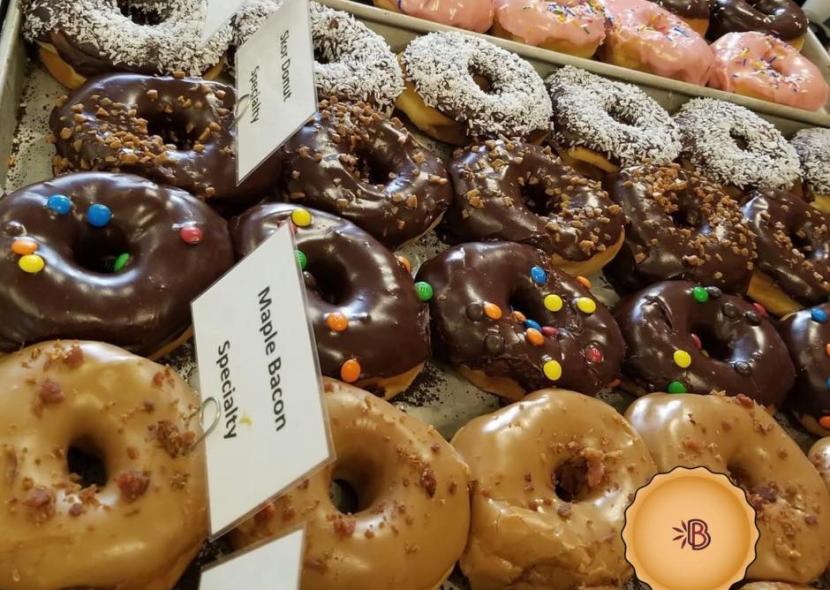 UFA Corporate Communications | August 9, 2021
Bootsma Bakery is one of a mere handful of European-inspired local bakeries in Lethbridge. In March 2019, The Bakery was born out of a read more... 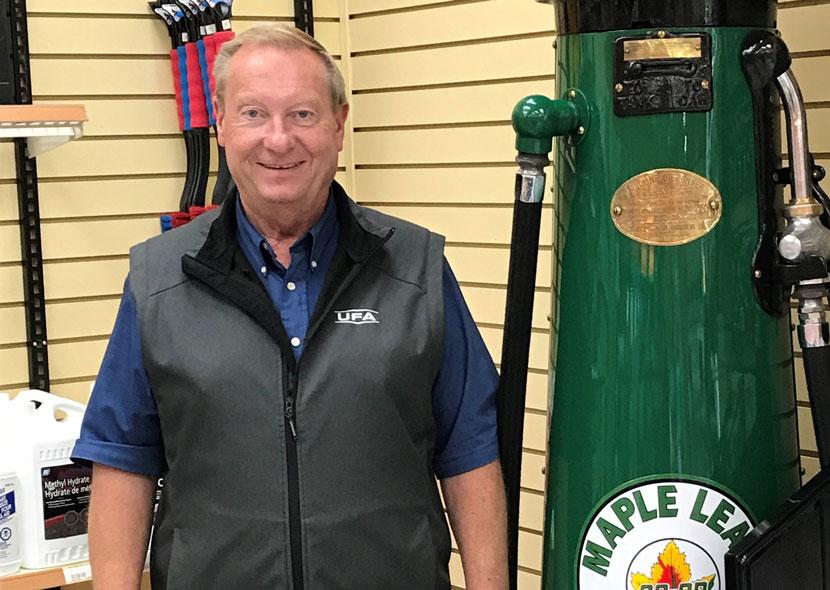