His name may be tricky to pronounce, but pretty much everyone in Vulcan knows how to, and with good reason. Darren Gorzitza was born in the small rural town in southern Alberta and 56 years later, he still calls the “Official Star Trek Capital of Canada" home.

Darren’s father, Ron, ran the local UFA for over 20 years and from an early age Darren was pumping fuel, working in the yard, and when he got old enough, making deliveries. His brother, and other family members, also worked from time to time at the UFA. “I guess you could say that we bleed orange,” Darren laughs.

At 15 years old, Darren was a hockey prospect and went to play high-level hockey first in Lethbridge, then Brooks, followed by the Olds Grizzly’s, and finally on to Red Deer College. “Sports were so important growing up, and it’s probably one of the reasons why we always try to find ways to give back to minor sports in the community today,” he says. Shortly after, Darren says he realized that his hockey career had probably come to an end, and it was time to get on with the next chapter in life. He got a job and got married, and then when dad, Ron, began talking retirement Darren, along with his wife Shannon, moved back to Vulcan and took over the UFA Agency.

There is something special about UFA in that, folks retire, but often find themselves back in the fold. Such was the case with Darren’s father, who after retiring, found himself bored and asked to come back to work as a driver for Darren. He delivered fuel for a few more years and Darren has very fond memories of the time the roles were reversed and his dad worked for him.

Darren and Shannon have three daughters, Sidney, Shelbi and Kelsey. Sidney and Shelbi are both nurses and Kelsey is a dental assistant. Today, Darren’s favourite title is ‘papa’. They have five grandchildren who keep them very busy!

Darren says he’s seen a lot of change in 25 years. “Let’s just say, I’m way behind on technology,” he laughs. “It’s hard to keep up with how fast technology changes.” However, one thing has remained the same, running his business based on good relationships. “I’ve been lucky. My dad’s customers became my customers and now their kids, and even grandkids, are customers,” he says. “Years ago, once you had a customer, you had them for life. But make no mistake, you still need to provide excellent customer service, anticipate their needs, and go above and beyond.” 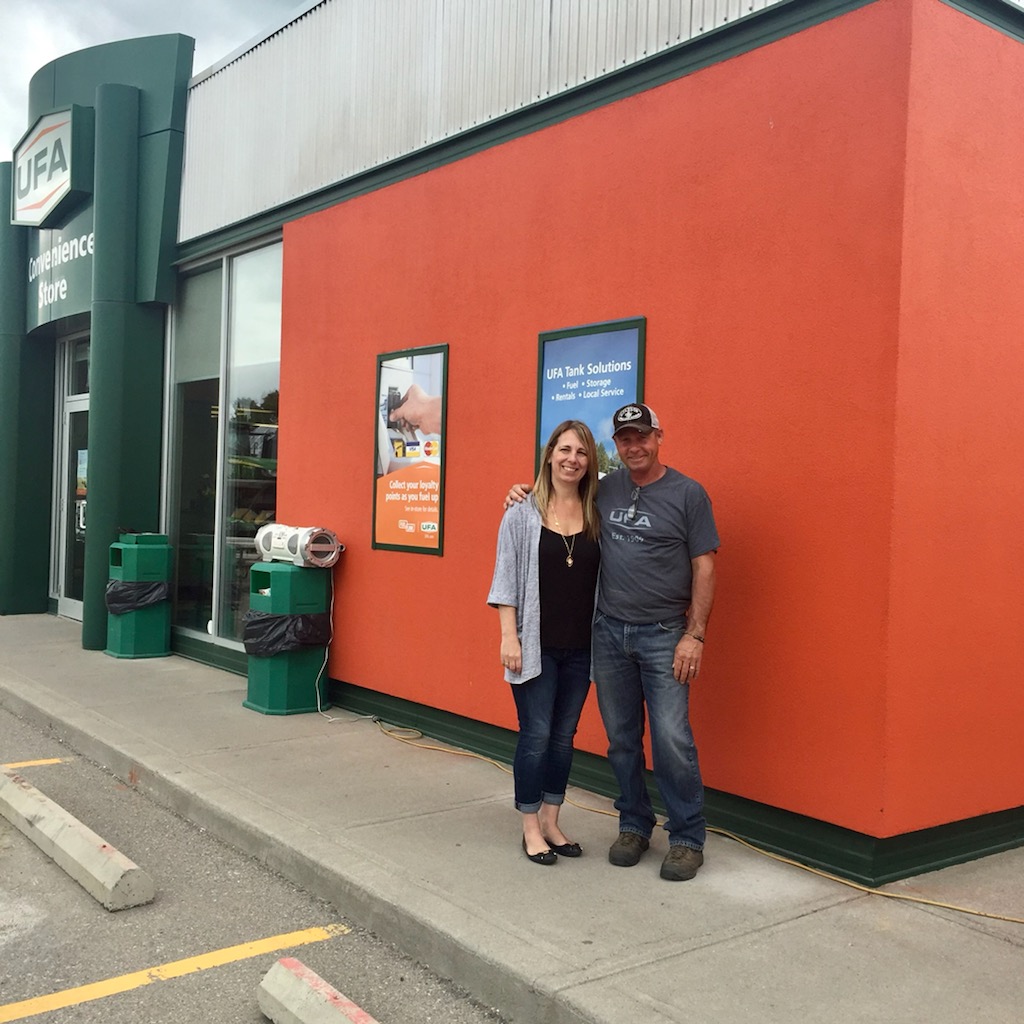 Darren says it’s been a rewarding career at UFA. “The co-operative has been good to me and my family. It’s given us an opportunity to serve our neighbours but also to help the community that I’ve called home for my whole life. From donating to the local 4-H clubs, to supporting and coaching minor hockey, to our most recent donation of $2,500 to the Vulcan Hospital’s Long Term Care, because of UFA, we’ve been fortunate to be able to ensure that our local communities continue to thrive.”

Darren and his wife Shannon, along with their family, certainly exemplify what it means to be community builders. For 25 years of stellar customer service, UFA recognizes the Gorzitza family and thanks them for their loyalty and dedication. 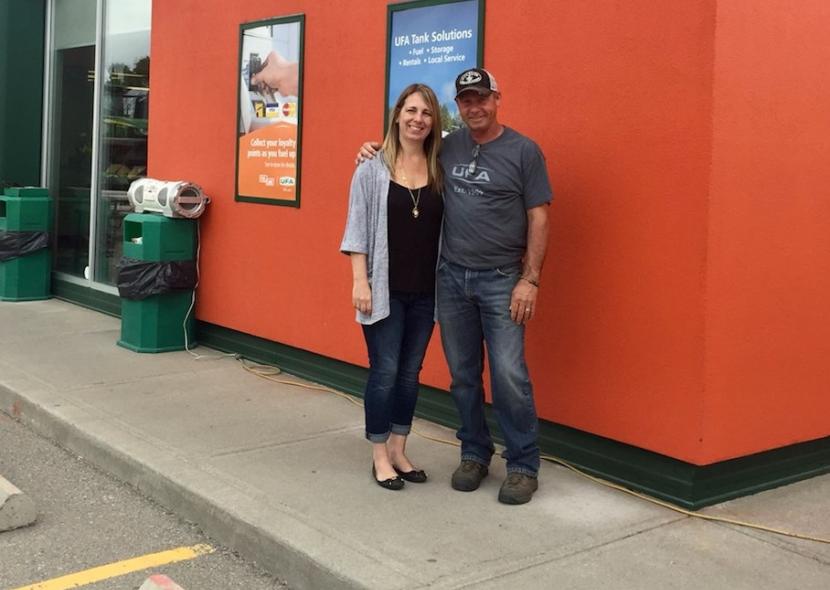 UFA Corporate Communications | February 16, 2021
His name may be tricky to pronounce, but pretty much everyone in Vulcan knows how to, and with good reason. Darren Gorzitza was born in read more... 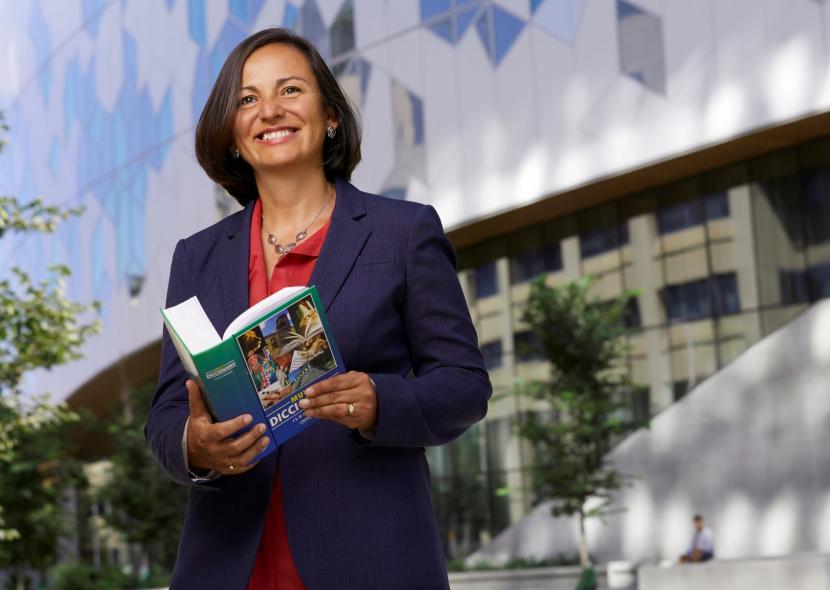 UFA Corporate Communications | February 9, 2021
Viviana Quintero-Browne is a Finance Project Manager at UFA. Today, Viviana has no issues communicating with her team, but she has read more... 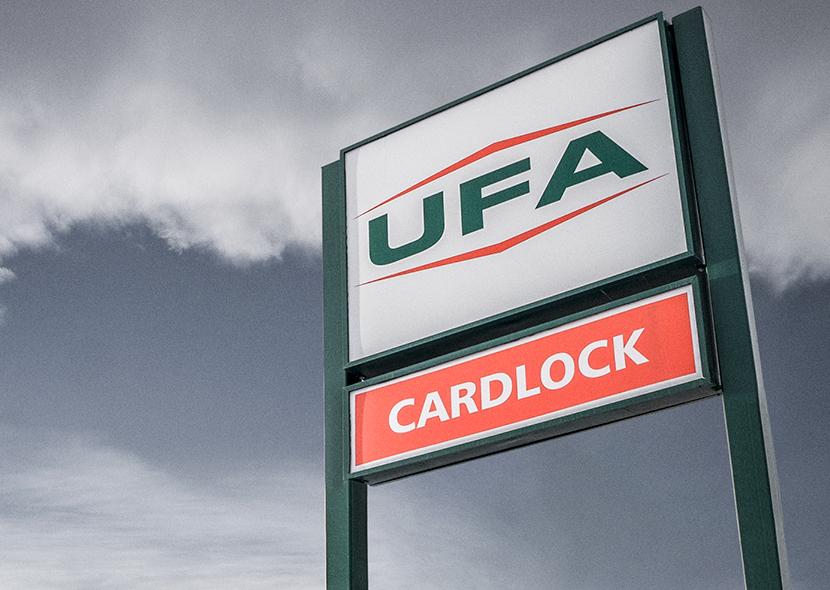 UFA Corporate Communications | February 9, 2021
Due to a power supply issue at our Taber Petroleum Agency we may experience intermittent power outages for periods of time, we read more...