During the height of the pandemic, UFA received the following letter about Brooks UFA Petroleum Agent, Tom Trembecki:

“Not sure if you guys recognize your cardlock agents that go above and beyond, but if you do, Petroleum Agent, Tom Trembecki and his staff in Brooks deserve the highest accolades you can give.

As a driver of over 30 years, this is the cleanest, best kept cardlock I have ever been to. Supplies at the fuel islands are always filled up, the washer fluid and squeegees are always clean and the yard is immaculate.

I'm not sure how many times a day they clean the washroom/shower, but all through the COVID-19 outbreak down here, we never felt unsafe to use it.

These guys are clearly a cut above the rest.” - JT Davis, LE Oilfield Services

We couldn’t agree more. Tom Trembecki not only keeps his agency immaculate, but he delivers a level of customer service that goes above and beyond. And he’s been doing it for 20 years!

Tom grew up on a mixed farm just north of Brooks. He is one of four boys, and jokes that having that many boys meant cheap labour for his parents, Joe and Beth. His parents started the UFA Petroleum Agency in Brooks and continued running the family farm. Tom worked part-time at the agency while growing up, as did most of his brothers. As a young man, he worked on the oil rigs but it wasn’t long after getting married to Jody, that he realized working away was not ideal for a healthy homelife. In March of 1998, Tom joined his parents at the agency.  After the passing of his mom, Tom, together with dad, Joe, and brother, Gerald, continued operations. In 2004, Tom lost his dad and for the next 13 years, Tom and Gerald worked together to carry on the family business. In 2017, Gerald left UFA, and Tom’s wife Jody joined him at the agency. 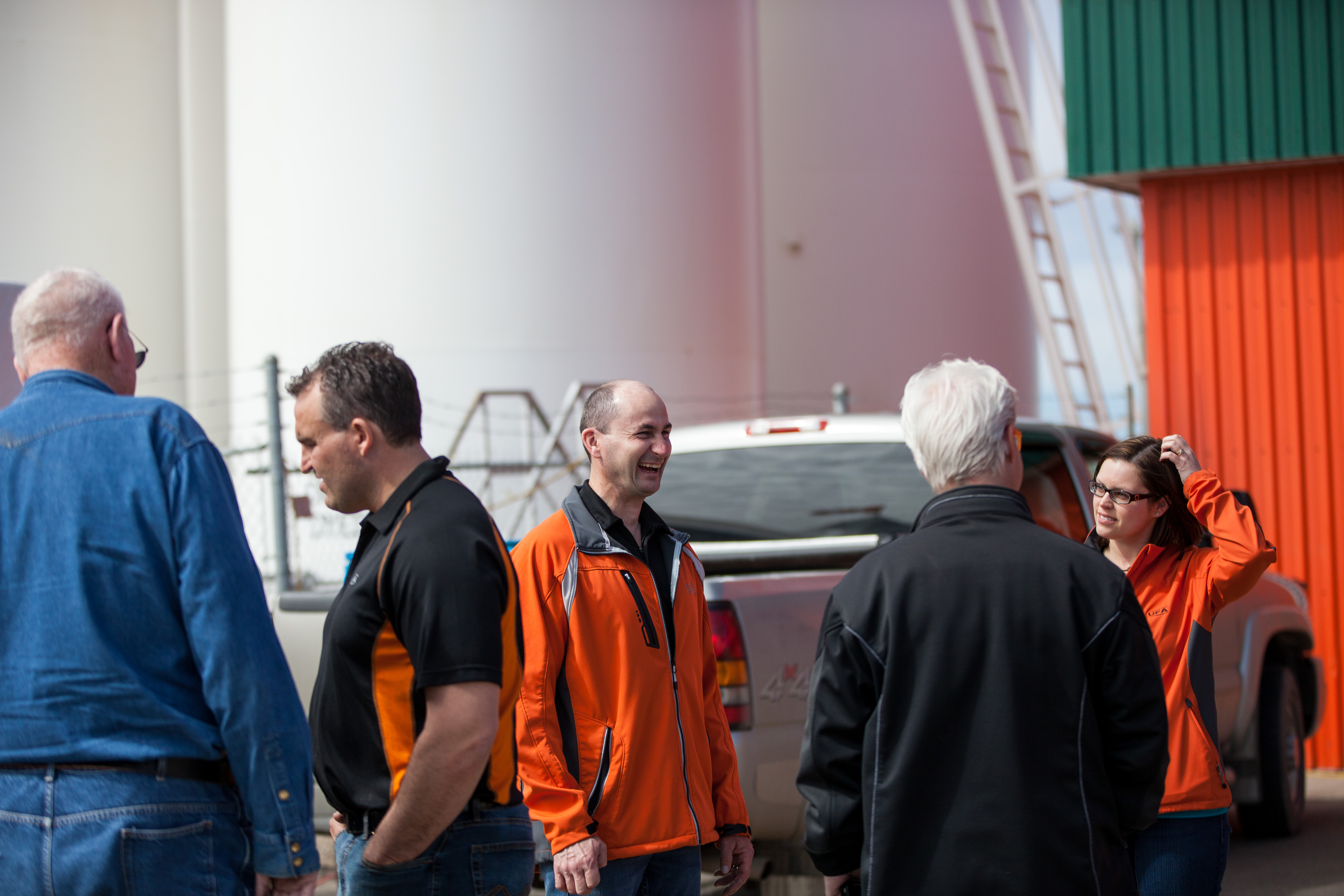 Tom says a lot has changed in 20 years. “It’s amazing how things have grown in Brooks, and even how the feedlot industry in the surrounding area has expanded. My parents started with one single-axle truck and today we have three trucks and a very busy staff,” he says. The staff includes Jason, in the office; drivers, Neil and Ed; and Jody. Working alongside each other makes for an interesting dynamic but one that Tom says he wouldn’t change for anything. “We are lucky to spend so much time together, even though some nights there’s not a lot to talk about,” he jokes. Tom and Jody have two boys, Logan, 20, and Dylan, 18. Both kids were involved in hockey and giving back to the local hockey clubs is a natural fit for the couple.

“Being able to serve the community is very important,” says Tom. “Throughout the year, we support local sports, community organizations and clubs like 4-H. We have all been involved in 4-H and it teaches such great leadership skills, so we do whatever we can to see that the programming continues well into the future.”

In honour of Tom’s agent anniversary, he and Jody are making donations to the local food bank as well as to the Brooks Health Foundation. “With everything going on this past year, during the pandemic, we felt that these two charities were probably the two best suited to receive help.”

We are so proud to have Tom and Jody representing UFA and congratulate them on their 20th anniversary serving the Brooks and area communities.

*Please note, photos were taken prior to COVID-19 restrictions. 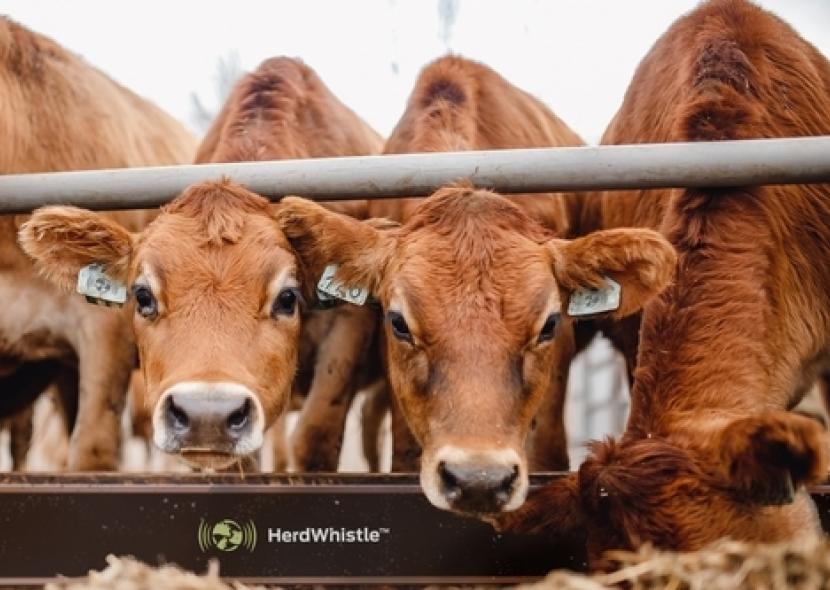 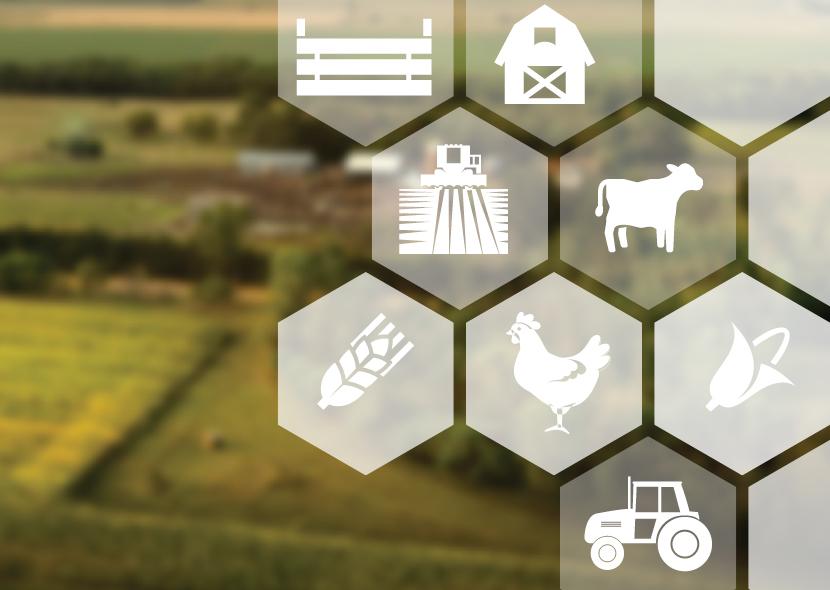 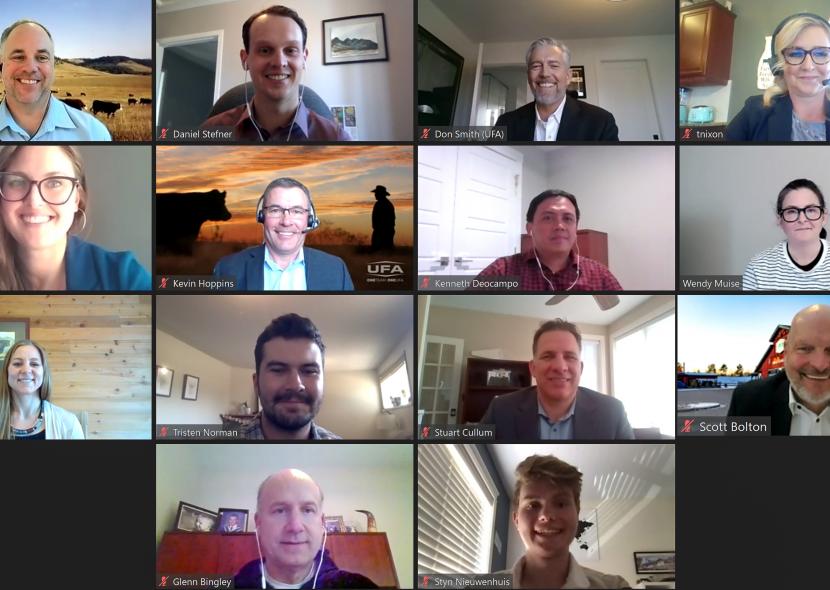 UFA Corporate Communications | April 14, 2021
Together with Olds College, we are pleased to announce Daniel Stefner, with his pitch for Hopper Bottom Grain Flow Gauge, as the winner read more...